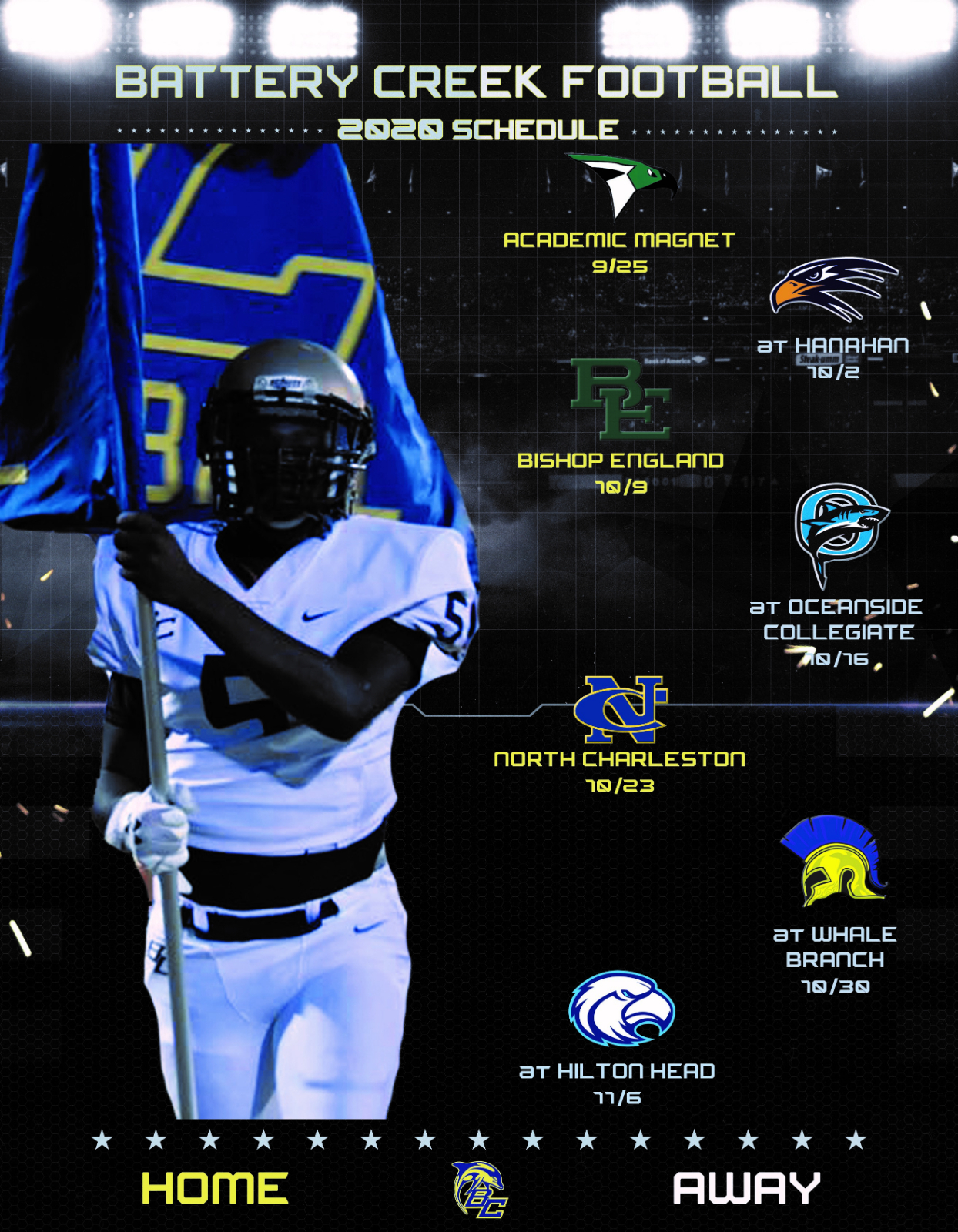 BEAUFORT, S.C. – During an ideal season, a football coach would have the opportunity to start with spring practice and continue with summer workouts prior to the first team practice near the end of the summer, however, newly highered head coach, Terrance Ashe’s first season at the helm of the Battery Creek football program is anything but ideal.

No spring practice, no summer workouts, a season that began with ten games has been stripped down to seven, these are just a few of the challenges that coach Ashe has dealt with since being named the head coach. “One of the biggest challenges has been hiring a (coaching) staff, you’d like to do in person interviews but a lot of that has been done through Zoom,” coach Ashe said.

The COVID-19 pandemic has forced teams to alter their practice schedule, only starting team workouts a few weeks ago and the first official practice starting on Tuesday. “Our goal this season is to get to the first game and get to the last game. This is so unfamiliar going into this season, who would’ve thought I would be coaching my first season through a pandemic.”

The Battery Creek football team plans on honoring members of the National Guard, Burton Fire Department and the Battery Creek School Resource Officers on Friday, Sept. 11 to thank these groups of people for their service to our community.

The Dolphins first game of the season is on Sept. 25, in a region game against Academic Magnet.