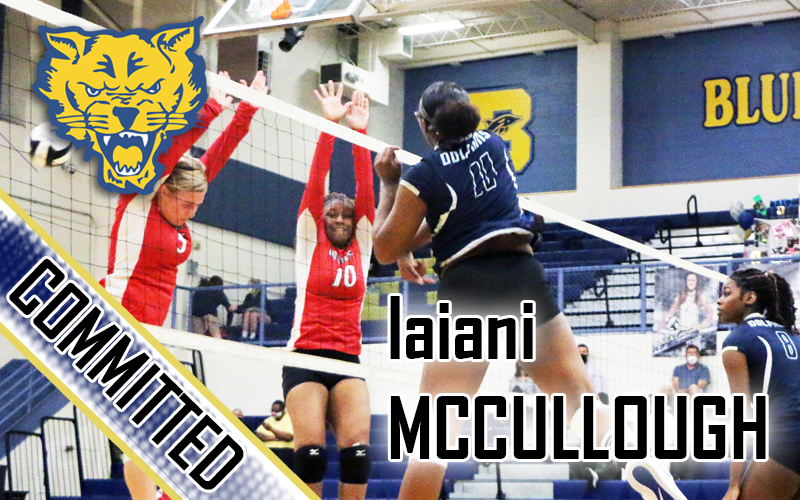 BEAUFORT – When she was 10 years old, Laiani McCullough was pulled into the gym at Savannah State University to play with their women’s volleyball team and ever since then, she has continued to love the game of volleyball.

Another milestone occurred for McCullough Monday evening as she signed her national letter of intent to play volleyball for the Wildcats of Fort Valley State University. “I want to thank everyone who is here today,” said McCullough. “Because everyone of you are a part of this journey.”

McCullough has done anything and everything asked of her during her time at Battery Creek, from playing multiple positions to being a leader on and off the court. During her senior campaign, she had a kill percentage of 28 while leading the team in aces with 74 and kills with 110.

The Dolphins were also very successful during McCullough’s tenure on the court, racking up one Final Four appearance, perfect region records in 2017 and 2018 to go along with back-to-back-to-back region championships from 2016-18.

The personal accolades piled in as well for the For Valley commit as she is a three-time Region 8-3A team member, two-time All-State nominee, being selected once, named as an honorable mention to the inaugural LowcoSports all volleyball team, 2019 High School Sports Report All-State team in 2019 and name to South Carolina’s North South All-Star Game South Team this past season.