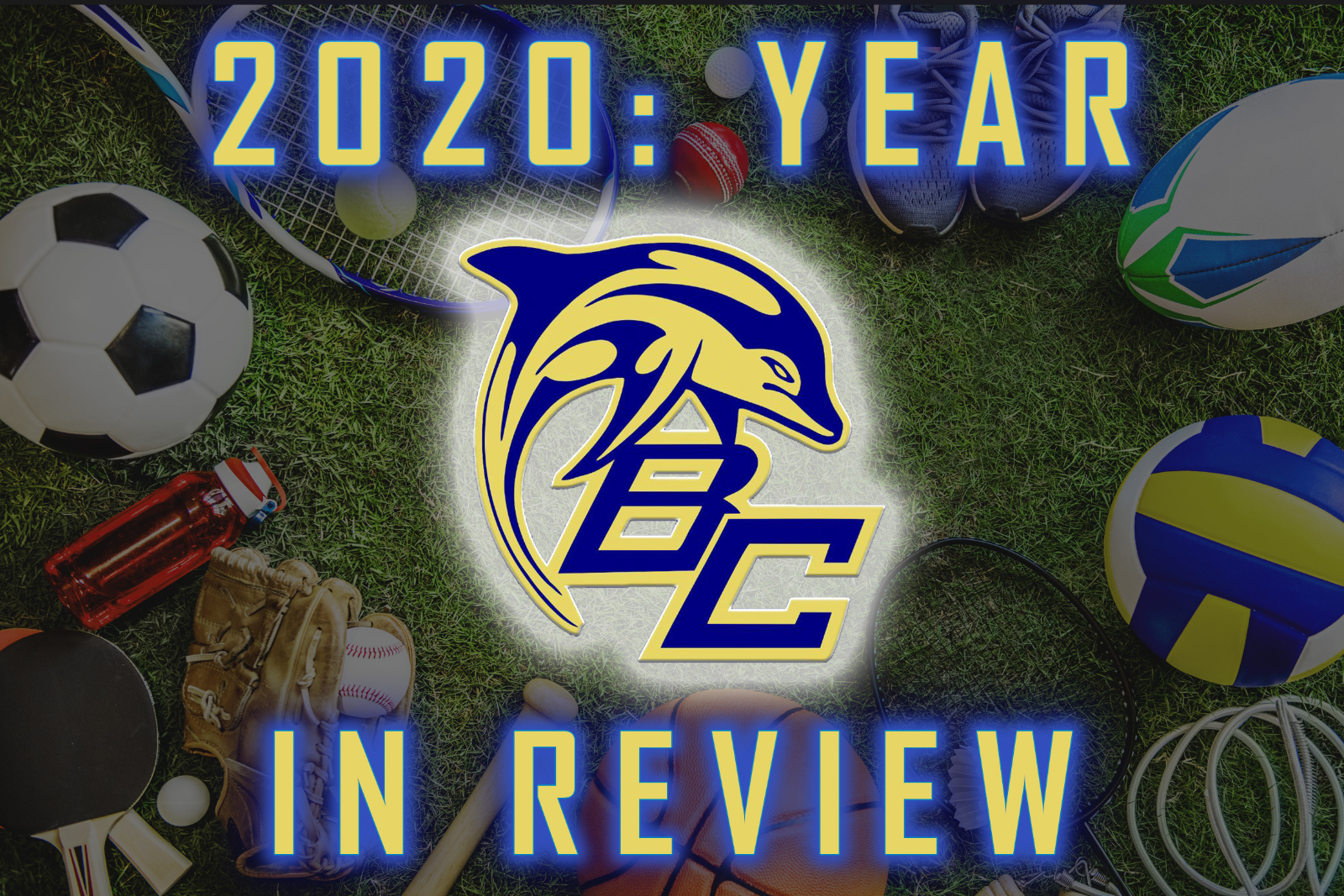 BEAUFORT – 2020 has been a year unlike any other. Many of our favorite things to do are no longer viable at this time. Going to the movies, large family gatherings and a love for many of us, attending sporting events have been affected by the COVID-19 pandemic that has changed the world as we know it for the foreseeable future. While we are ready for the world to “be normal again”, this pandemic has taught us to take everyday as a gift.

When the Beaufort County School District closed all schools in March most assumed we would be back in school in a few weeks, maybe a month. But no one could have predicted what has transpired over the last eight months. Students were forced to finish out their school years virtually, spring student-athletes lost the entirety of their season and the Class of 2020 could not walk across the stage for graduation, rather they drove through the parking lot to receive their diploma.

The world as we knew it was gone. Words like contact tracing, virtual learning, and social distancing became normal. But when the discussion of reopening began one question was on the mind of many, will there be sports? As the summer progressed, reality set in that sports were going to happen but be much different. Teams began workouts with only a few weeks before their first games, fan attendance was limited and masks were to be worn at all times. But through it all, Battery Creek Athletics were able to produce four full seasons this fall and have started strong this winter. Let’s take a look at everything that has happened so far thus far.

Battery Creek’s cross country team only had three runners this season, however each one of them were able to contribute to a successful 2020 campaign. Brendan Moore saw his responsibility of being captain increase due to all the protocols and having the help lead the other two runners, Alex Crosson and Sophia Meija.

“2020 and all of its challenges gave us a unique opportunity,” said coach Summer Dupont. “As people and as athletes, to whittle away the excess and rebuild from the core. Most of our athletes embraced this and will come out stronger for it.”

The Dolphin swim team was only able to compete in two meets before having to compete in the Region 8-3A meet. Coach Ally Keene held practices at 6 a.m. and saw plenty of new faces in the pool.

“The 2020 swim season full of new achievements, perseverance and most importantly a great time with a great team,” said Keene.

There was no rest for the weary for the 2020 Battery Creek volleyball team as the first match of the season was just one day after the first day of school on September 8th. Led by seniors Caroline Malphrus and Laiani McCullough, the Dolphins finished the season with a 9-6 record, finishing the season on a six-game winning streak but missing the playoffs for the first time under coach Torri McCullough.

“This year was the year of transition, of rebuild,” said McCullough. “This year’s focus leaned more toward working on the development of our younger players’ communication and fundamentals. With the departure of a couple of key seniors, next year we will learn heavily on the rising juniors to lead next year’s team.”

In the midst of the pandemic, Terrance Ashe was tabbed as the new head coach of the Dolphins in May. Zoom meetings, virtual practices and phone calls with players were the only way Ashe was able to communicate with his new staff and players. However, even with multiple shutdowns throughout the county, Battery Creek football was able to complete their seven game schedule, highlighted by two dominating home victories against region foes, Academic Magnet and North Charleston.

“This year was different for sports everywhere,” said Ashe. “But our seniors were able to play their senior season. We learned how to focus on the details and worry about us and not who we play. We are excited for the future at Creek and we thank our seniors for this year.”

Battery Creek Wrestling also made a coaching change in 2020 as Alex Rutherford was named the head coach in June. There were questions whether or not a wrestling season would even occur due to all of the close contact between wrestlers. However, the Dolphins held the county’s first wrestling match during the pandemic and it went off without any hitches. Rutherford and the Dolphins will look to continue to improve in the new year.

Another new coach was added to the athletics staff; Lonnie Kluttz was hired as the new leader of the girls basketball program. Kluttz’s squad has emphasized the importance of defense and they continue to put up strong defensive numbers as opponents have only averaged 37.4 points per game through the season’s first five games. The 2020 portion of the schedule was highlighted by wins over Colleton County and are just one win away from matching the 2019-2020 season total.

Probably the most pleasant surprise of the 2020 year has been the Battery Creek boys basketball team, who have nearly doubled last season’s win total by going 5-0 to start the year. Led by a prolific backcourt of Rashard Baker, David Smith and Jordon Rivers, the Dolphins have been able to put up big numbers early on. Big men, Jaeon Allen, Kaya George and Justin Smalls have been a dominant force down low. Creek will look to continue their success in 2021 while facing off against strong region opponents.

While 2020 was a very difficult year for everyone there are plenty of bright spots. And everyone at Battery Creek is looking forward to a wonderful 2021 season.

“Many challenges have been presented to us this year,” said Athletic Director Sarah Hayes. “But we have been resilient. Our coaches, student-athletes and staff have worked hard to ensure that we play sports this school year.”