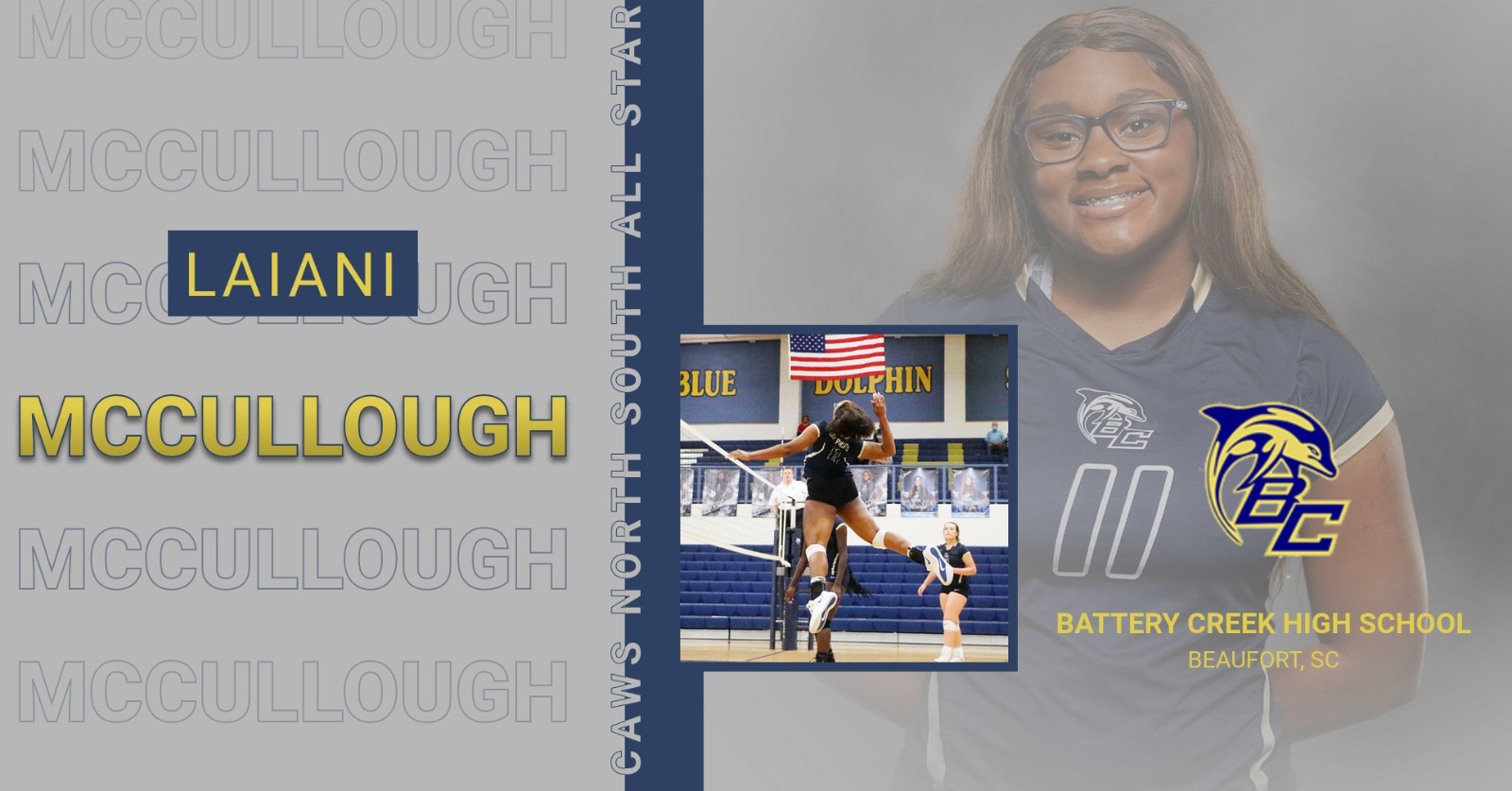 COLUMBIA – Laiani McCullough added another accolade to her impressive resume at Battery Creek as she was named to the North South All-Star game, representing the South Team.

The future Fort Valley Wildcat impressed during her senior season leading the Dolphins in almost every statistical category. She recorded a service percentage of 89%, led the team in both aces (74), blocks (56) and kills (110) and was second on the team in hitting with a 27% clip and assists with 79.

McCullough’s presence will be missed heading into next season, however, her legacy at Battery Creek will always remain.