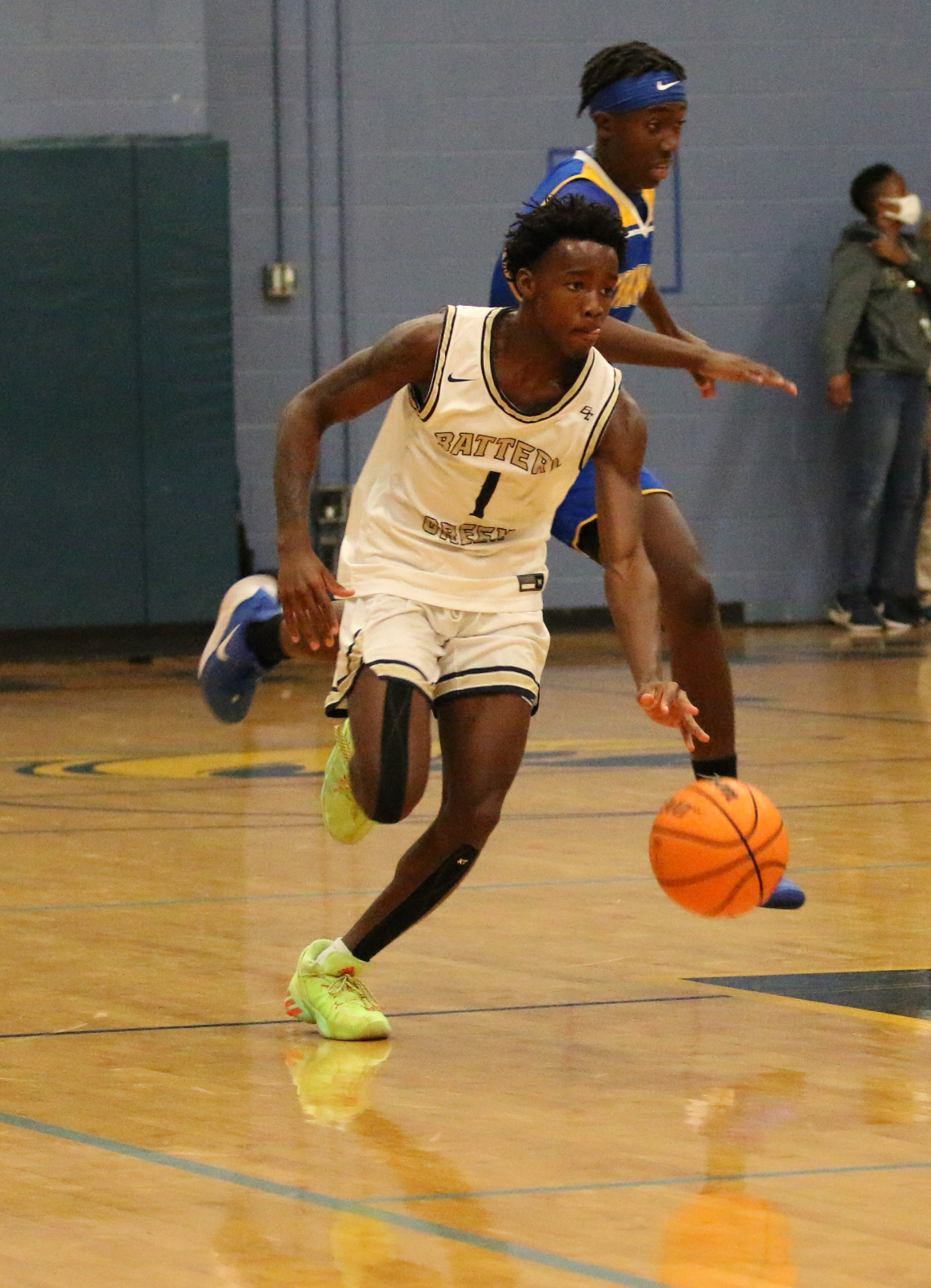 The Hawks put Battery Creek’s undefeated season in jeopardy when holding a five point lead with only minutes to play but after Justin Smalls put back a layup to regain the lead, Jaeon Allen followed with one from the line to push the score to 58-56 with only seconds to play. Hanahan failed to foul on the inbound which allowed Baker to run out the remaining second before being fouled with .09 seconds left.

Jordon Rivers delivered two of the biggest baskets on the evening when he drained a triple, picked off a pass and stepped back, knocking down a second 3-pointer to tie the game at 49. He followed the clutch play with an emphatic slam on the court, electrifying the Creek bench and fans.

“It feels good. A little sloppy but it feels good,” said coach CJ Brown. “Feels good to be back playing basketball.”

Rivers (15), Allen (14) and Baker (11) were all in double figures for the Dolphins as they move atop the Region 8-3A standings following the victory.

With the win over Hanahan, Battery Creek moved to 6-0 – the only undefeated team left in the Lowcountry – and they understand that struggles from last year’s season have made this early run so much sweeter.

“We have a lot of support, we’re bringing a lot of people back into the gym,” Brown said, “What a lot of people don’t know that after the last game against May River, I cried. I cried real hard, I hugged my wife real hard.”

And while the second year coach didn’t expect to be perfect in his first season the 3-17 record was not something he was ready for.

“Not to toot my own horn, but I’ve always been used to winning when I was playing so we feel good. I’m looking to build upon this over the next seven to eight years.”