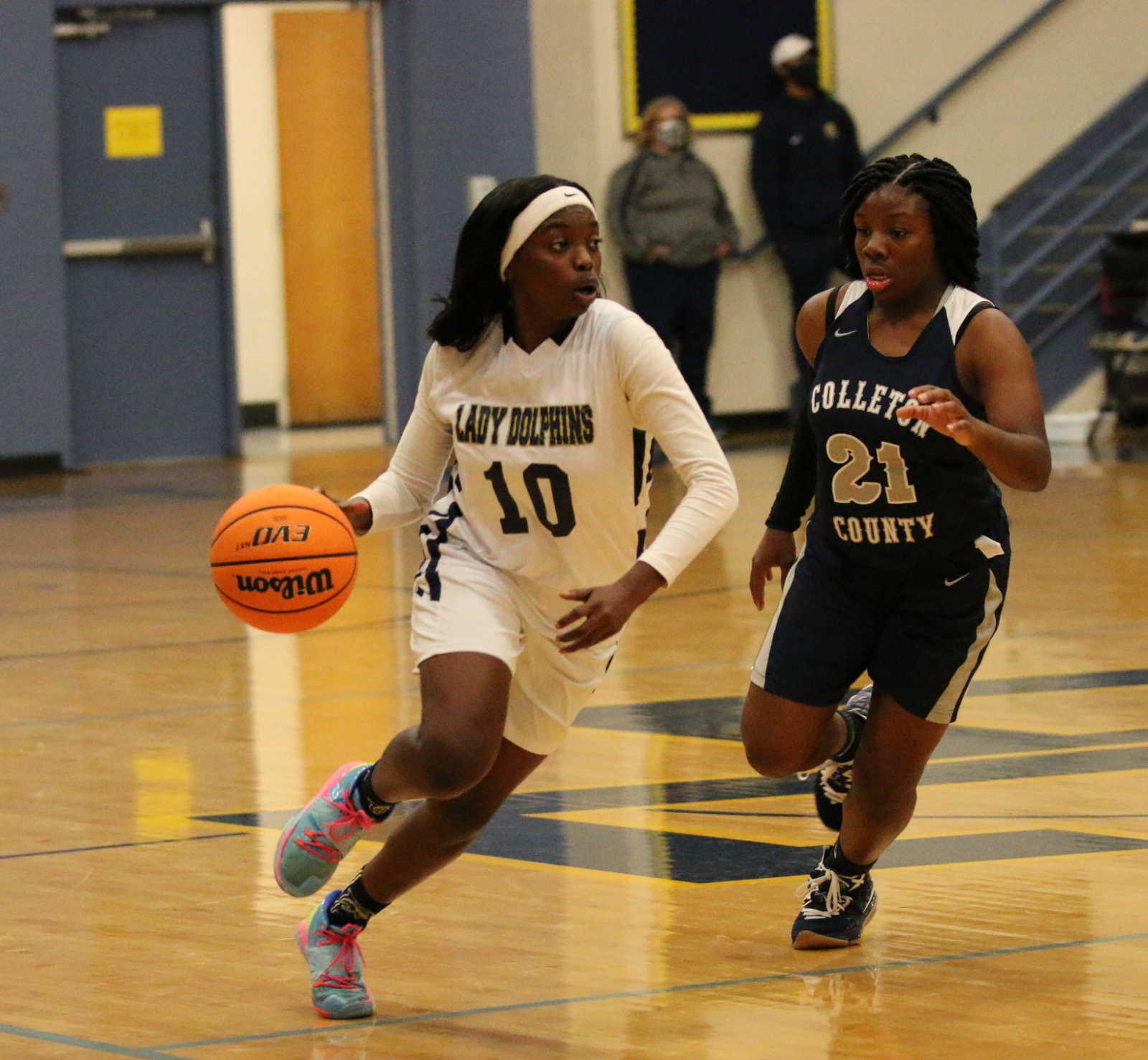 HANAHAN – Kiara Wilson knocked down consecutive shots from the charity stripe with only seconds remaining and the Battery Creek defense came up with a big stop late to give the Dolphins a thrilling 40-38 overtime victory against Hanahan in Region 8-3A play Friday evening.

The Dolphins held a two point lead with 26 seconds left in regulation before Smith was called for the foul and the Hawks sank both free throws to tie the game at 29 forcing OT.

HHS took the lead, draining the first bucket of the extra period. After Noni Singleton knocked down two from the line, the Hawks followed with two of their own. Neither team took a lead larger than two late in OT but Wilson went 3-of-4 from the free throw line to ice the game, ending Creek’s two-game losing streak and matching last season’s win total.

“Tonight was a hard fought region game that went into overtime,” said coach Lonnie Kluttz. “I have to say, through the struggles of the night, our defense and some late clutch free throws gave us this win.”

Defense has been the strength of Creek all season long. Even in the midst of a cold shooting spell, the defense has kept the Dolphins in the game. BCHS collected 19 steals and all five starters contributed at least two.

Myra Smith led the Dolphins with 10 points to go along with five rebounds, four steals and three assists. Carolina Alvarez made a significant impact in her season debut posting seven points, nine rebounds, five steals and a block. Ashante Shaw could not be stopped on the boards registering a team-high 15 caroms to go along with five points, three steals and two assists. Iesha Shaw added four points and four rebounds aiding in the victory.