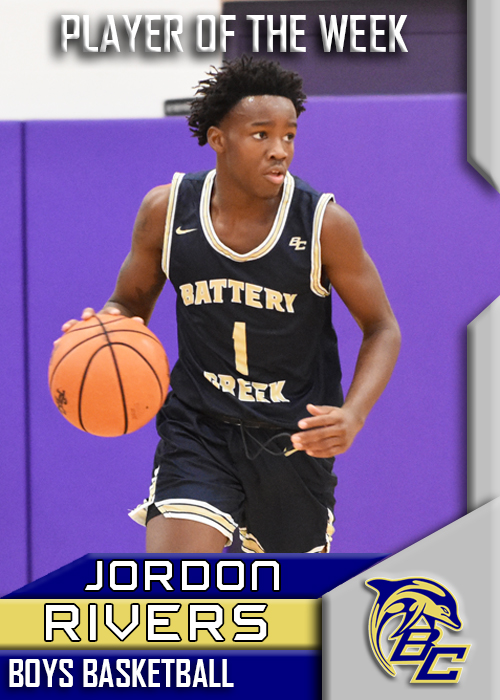 BEAUFORT –  Jordon River has been named the inaugural Battery Creek Athletics Player of the Week for the week of Jan. 4 – Jan. 8.

Rivers posted a team-high 15 points, collecting six steals and a rebound in Friday night’s region opener against Hanahan High School. He delivered back-to-back three pointers late in the 4th quarter to tie the game at 49.

The junior point guard is averaging 12 PPG, 4.2 steals per game along with 2.2 rebounds per game so far this season. He is also second on the team in minutes played averaging 29 minutes.