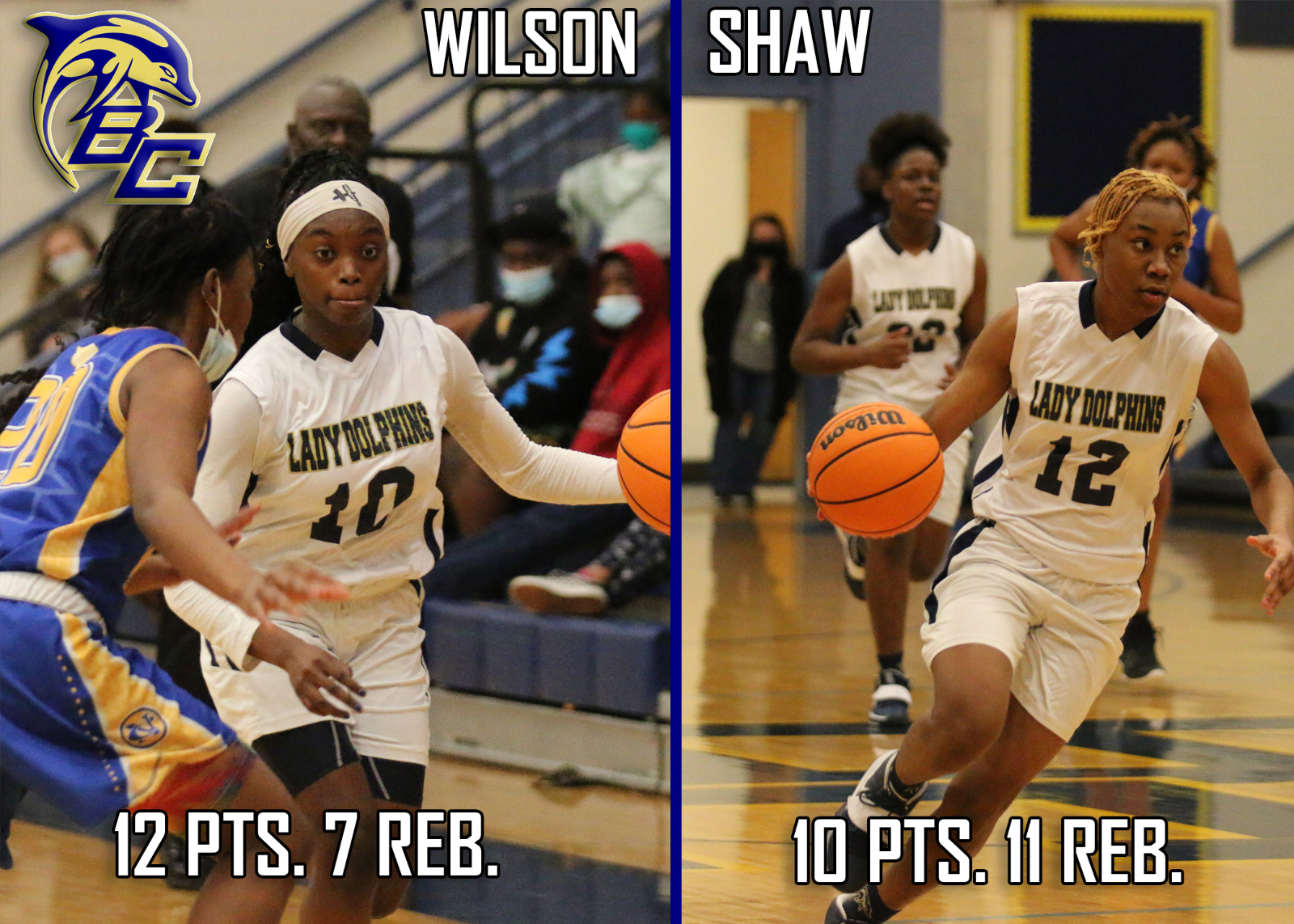 Kiara Wilson led all scorers with 12 points to go along with seven rebounds and three assists while Ashante Shaw posted her first double-double of the season with 10 points and 11 boards, adding in seven steals. Noni Singleton notched 10 points while collecting four rebounds and dishing out an assist.

“It was a good win for the team,” said coach Lonnie Kluttz. “But there are still a few things we need to clean up. But still a good win.”

BC came out strong in the opening quarter, starting with a 12-3 run. Iesha Shaw and Wilson each collected six points and Creek’s defense picked up where it left off against Oceanside on Tuesday, holding the Cougars to just five points in the quarter.

The defense continued its dominance in the second period as North Charleston only knocked down one bucket while the Dolphins posted 11 points jumping out to a 20 point lead at the half.

Following the break, the Cougars came out knocking consecutive layups and cutting into the Dolphins’ lead. After consecutive turnovers that lead to points, Kluttz called a timeout trying to regroup his team.

North Charleston began pressing with six minutes remaining and continued to force turnovers. After connecting on a couple of deep threes with under two minutes remaining, the Dolphins lead fell under 15 for the first time all night, Creek finally broke the press and Singleton picked up the final bucket of the night as she and Wilson went 2-on-1 against the Cougar defense, pushing the lead to 12.

Battery Creek’s playoff hopes remain intact after the victory tonight and they must defeat Academic Magnet on Monday to clinch the two seed from Region 8.

Tip-off against Academic Magnet is scheduled for 6 p.m.