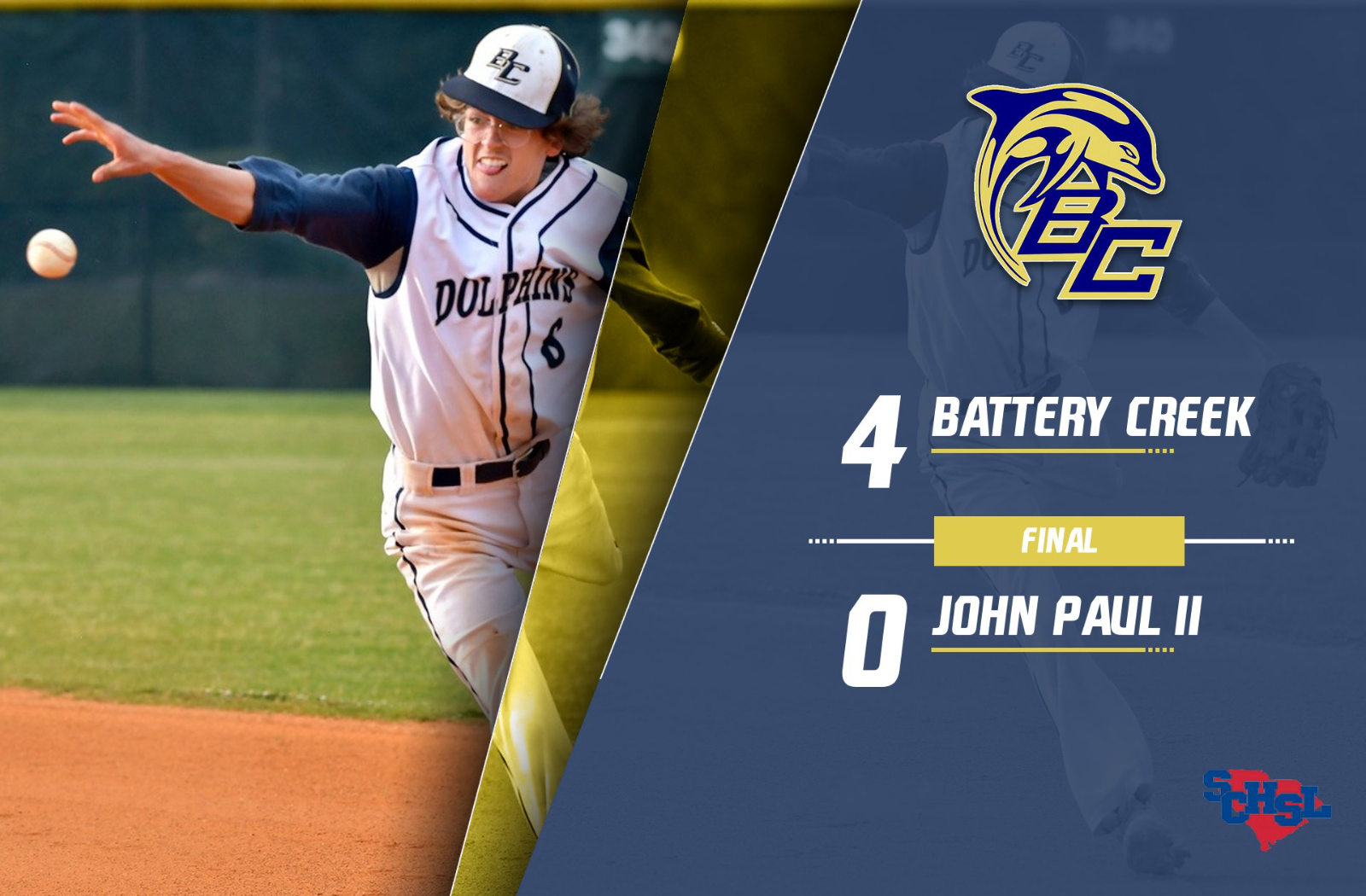 Reily Doray started for the Dolphins allowing only one hit while striking out two during three scoreless innings. CJ Robinson came out of the bullpen and shutout the Warriors for three innings while picking up three strikeouts and Luke Sanders closed the door with a scoreless seventh while striking out one.

Creek opened the scoring plating solo runs in the second and third. Hunter Smith and Kyle Kirkland pushed across runs with a hit by pitch and a base on balls to score two in the fourth.