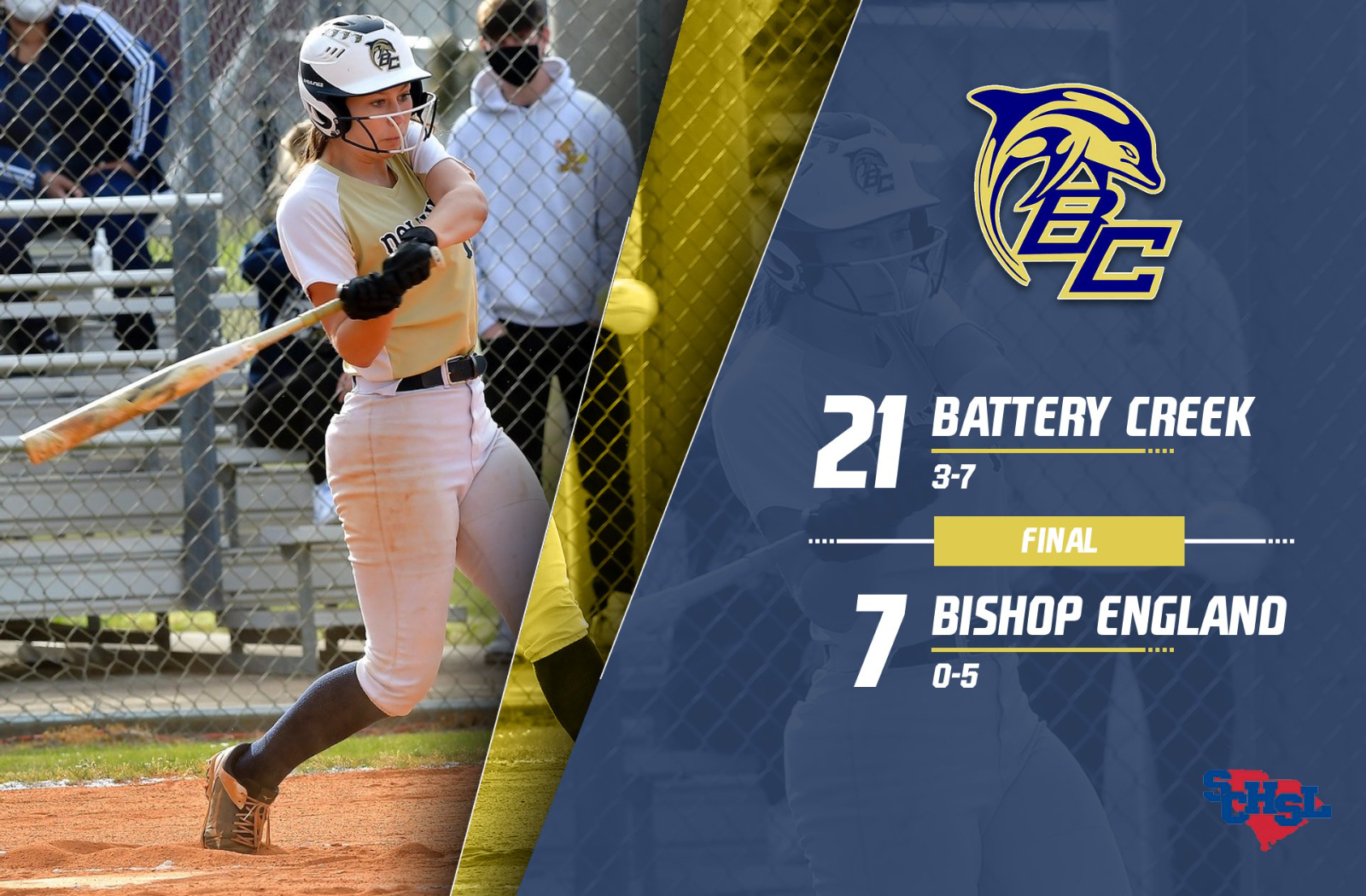 Seniors Bailey Emmert and Elisa Williams, set the tone for the offensive outburst as each collected three hits. The duo also scored five of the Dolphins runs. Fellow senior Kylee Taff collected two hits and scored a pair of runs.

Creek sent 12 batters to the plate in the opening innings, pushing across six runs. BC matched that number again in the second, scoring six runs while batting around again. Amber Cooklin added a run scoring single in a five-run third. The Dolphins added two more in the fourth before the game was called.

Battery Creek moves to 3-7 overall and 2-2 in the region. The two teams will faceoff again on Friday night. First pitch is scheduled for 6 p.m.