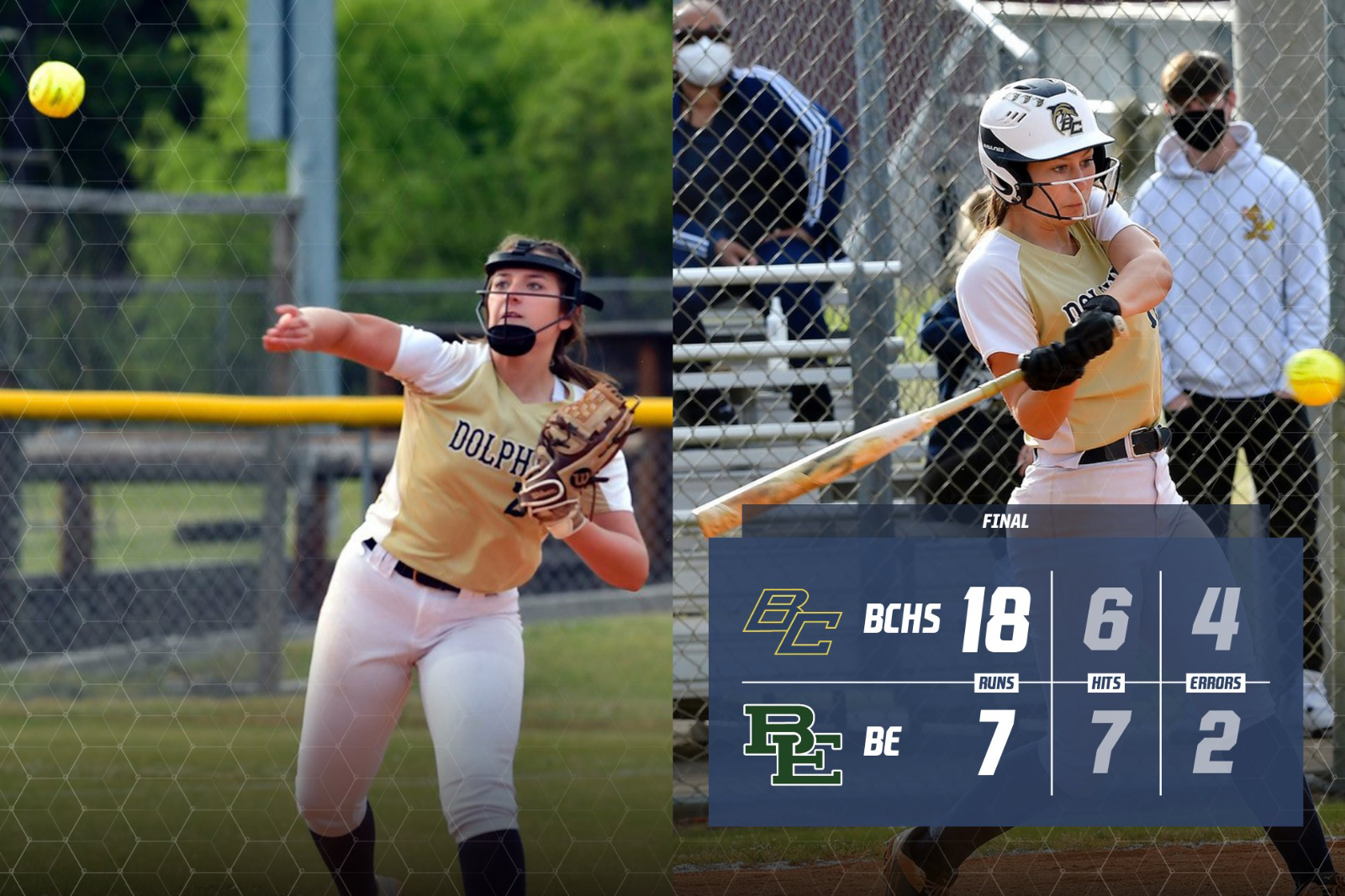 BEAUFORT – Bailey Emmert blasted a game ending homer -her third of the season –  and the Dolphins took advantage of 11 walks from Bishop England’s Lacy Sawadski, defeating the Bishops 18-7 Friday night at Dolphin Field.

Seven of the nine starters all recorded hits for Battery Creek, but the stage belong to Emmert and Brooke Crosby who combined for nine RBI’s on the night. Crosby, drilled her second career homerun in the fourth inning and plated two more with a double in the fifth. Emmert got things rolling for the Dolphins, lacing a two-run scoring double in the first. She scored two more times before ending the game in the sixth with her team leading homer.

Stella Schubert picked up the win in the circle, throwing a complete game and striking out three.

Battery Creek returns to the field tomorrow against Oceanside Collegiate. First pitch is scheduled for 6 p.m.