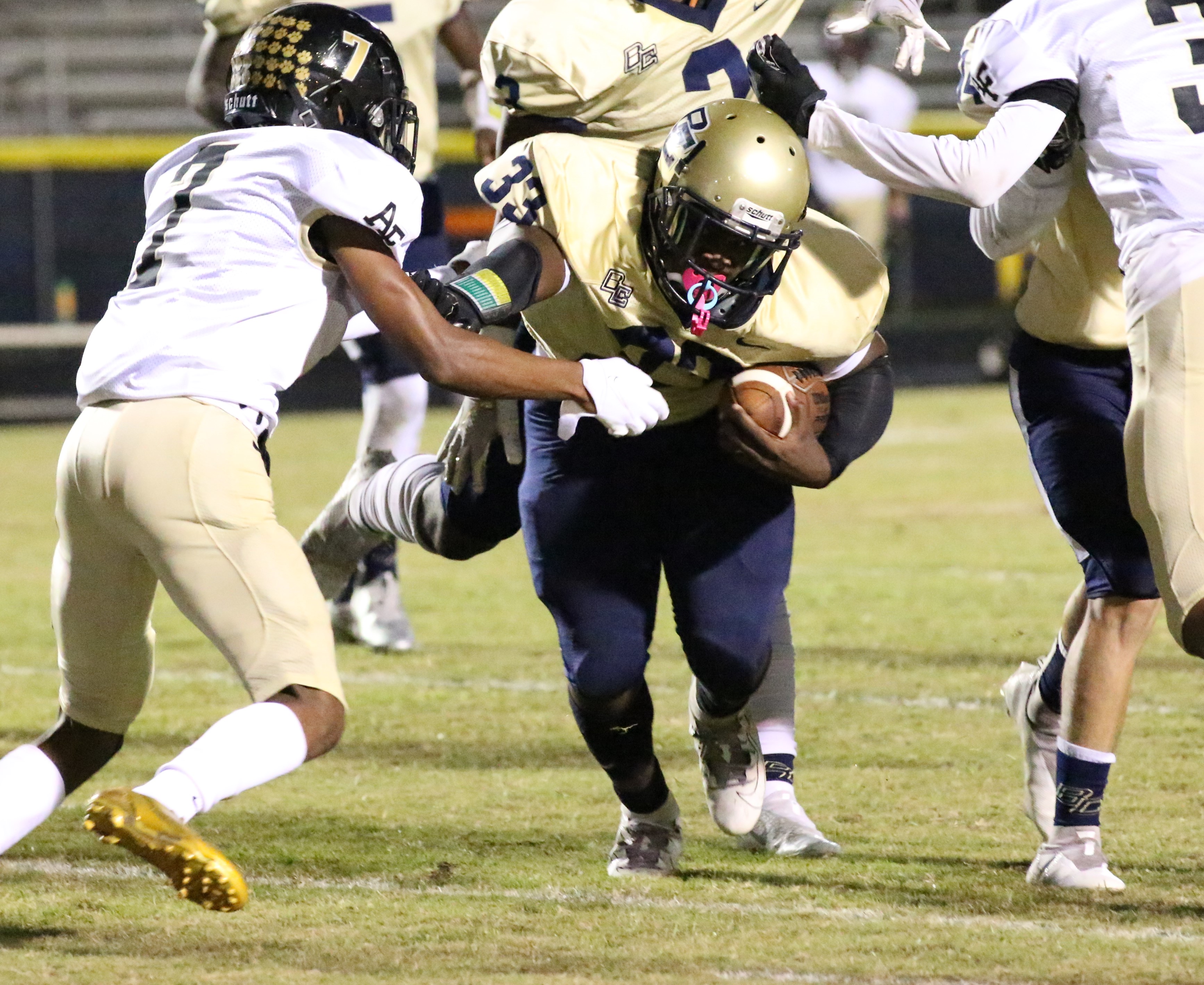 BEAUFORT – Unless Battery Creek can line up a game next week, Terrance Ashe’s first season as the Dolphins’ head coach came to a close Friday night, and while Ashe didn’t get the result he wanted, he saw the growth that has occurred in his first season at the helm.

The Dolphins were derailed by a couple early turnovers that ended promising drives and couldn’t dig out of the hole, falling 26-14 to Class 1A playoff-bound Allendale-Fairfax.

“I thought the guys flew around with effort,” Ashe said. “I don’t question our effort. I thought guys gave good effort on both sides of the ball.”

The Tigers took a 14-0 halftime lead and increased the advantage to 20-0 in the final minute of the third quarter. Jeremiah Dilbert gave the Dolphins life with a 50-yard TD run, one play after Quatrell Livingston came up with a sack on fourth down, but the good vibes didn’t last.

Allendale-Fairfax quarterback Shawn Jones broke away for a long touchdown on the ensuing drive, and Battery Creek ran out of time to complete the comeback despite a TD pass from Jacove Singleton to Jaeon Allen in the fourth quarter.

The Dolphins (2-5) will try to find a matchup with another team that missed the condensed playoffs next week, but if this is where his first season ends, Ashe is pleased with the program’s progress.

“Even though the wins and losses are not going to show it, I thought our team got better throughout the year,” Ashe said. “Our players grew up this year. We made progress. Early in the year, when we turned on film, we questioned our effort. Now we don’t do that.”