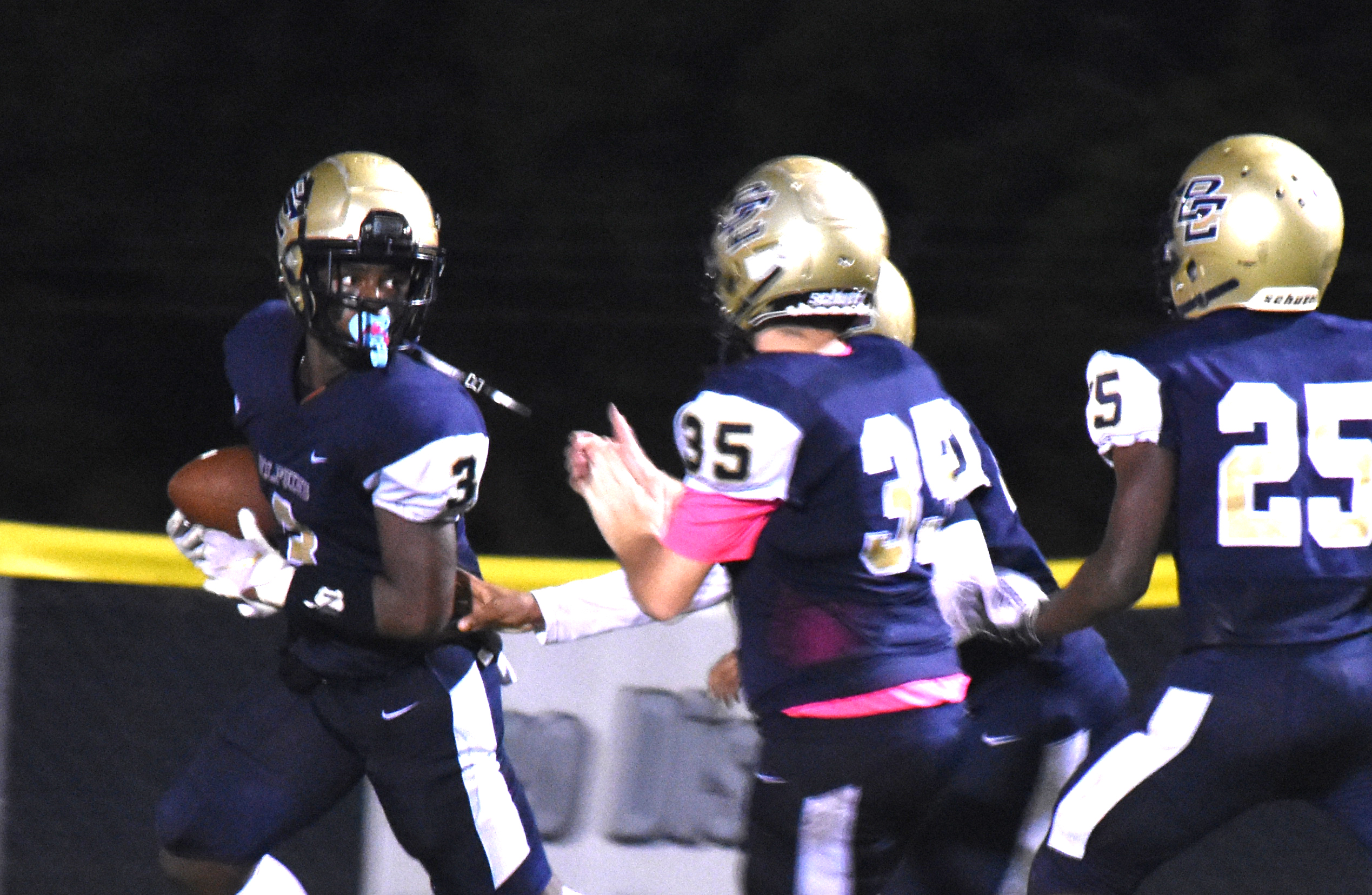 “It feels great. I’m just happy for our kids to get another win this season, especially at home in front of the home crowd,” said coach Terrance Ashe. “Definitely a great win. We’re going to celebrate tonight and tomorrow we’re going to get ready for Whale Branch.”

Jaeon Allen took the opening kickoff 63 yards to give the Dolphins the early 7-0 lead. The defense came up big, forcing the Cougars to punt out of the shadow of their endzone, which then went out the back of the end zone resulting in a safety.

The offense picked up the pace on the next possession as Allen ripped off a 35-yd end around and raced in for the score. While the two teams remained scoreless for the remainder and most of the second, Dreshaun Brown sacked the QB, picked up the fumble and took it to the house for the scoop and score, increasing Creek’s lead to 23-0 going into the half.

Following a scoreless third quarter, the Dolphins opened the 4th in the red zone. Jeremiah Dillbert took the handoff and went to the house from 12 yards out for his first TD of the night. On the ensuing possession, Brown again made a big play on the defensive side of the ball, picking up a blocked punt out of the air and rushing it in from 13 yards out for the touchdown, putting the Dolphins up 40-0.

“We talked a lot about effort, challenging our guys all week,” said Ashe. “It was fun to watch those guys fly around and have some fun and compete.”