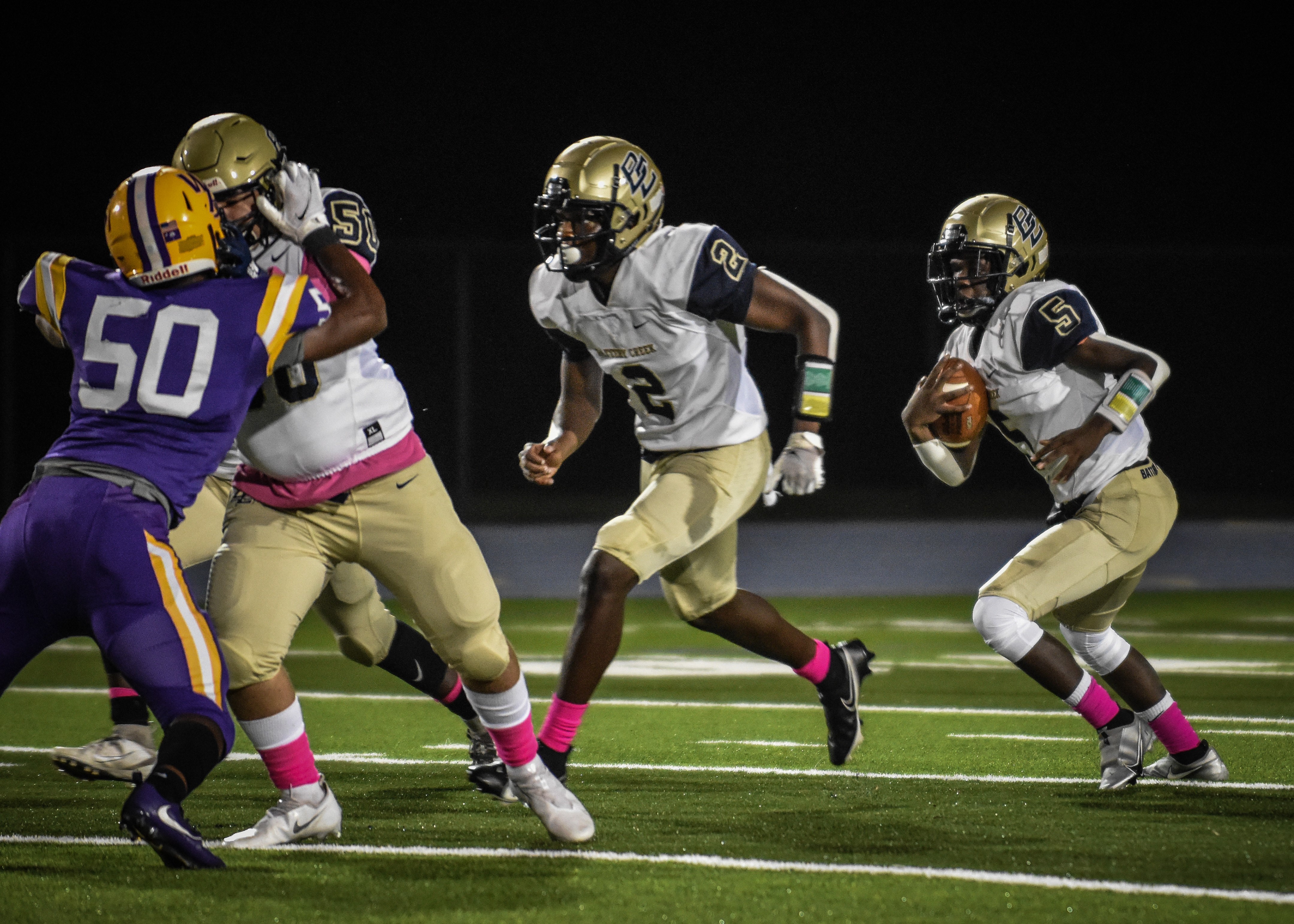 SEABROOK – A sold-out crowd, a couple of speedy, hard-running quarterbacks trading punches, and a back-and-forth game in which both sides left it all on the field — Whale Branch’s 33-21 win over visiting Battery Creek on Friday was everything you want a local high school football rivalry to be.

It took a while for Reeves and the Warriors to get rolling, as Battery Creek’s defense showed up ready for the challenge. The Dolphins stymied the Warriors early and forced a fumble to end a promising drive before Reeves stripped the ball to set up the first of two Henry Tome 36-yard field goals that gave Whale Branch a 6-0 lead.

Battery Creek’s Jacove Anderson capped off an impressive drive with a 1-yard sneak to put Battery Creek ahead 7-6, but Reeves responded with a 60-yard TD run on the next offensive play to make it 13-7 at halftime.

Anderson landed another haymaker for the Dolphins with a 55-yard TD run to open the second half, but that was the last time Battery Creek led, as Reeves and Co. found their footing behind a strong offensive line.

The Dolphins were focused on slowing down Reeves, so the Warriors adjusted and brought in Tome at quarterback for their first series of the second half. He completed a couple of key passes to set up a powerful run from Jadon Grant that put the Warriors ahead for good.

After Reeves’ second TD run of the night, Jaeon Allen gave the Dolphins life with a kickoff return for a touchdown, but Battery Creek couldn’t stop the Warriors down the stretch. Reeves found the end zone again to restore the two-score margin, then intercepted Anderson and returned it inside the 10 to put Whale Branch in victory formation.
Battery Creek returns home next Friday as they line up against Allendale-Fairfax in the season finale. Kickoff is schedule for 7:30 p.m.