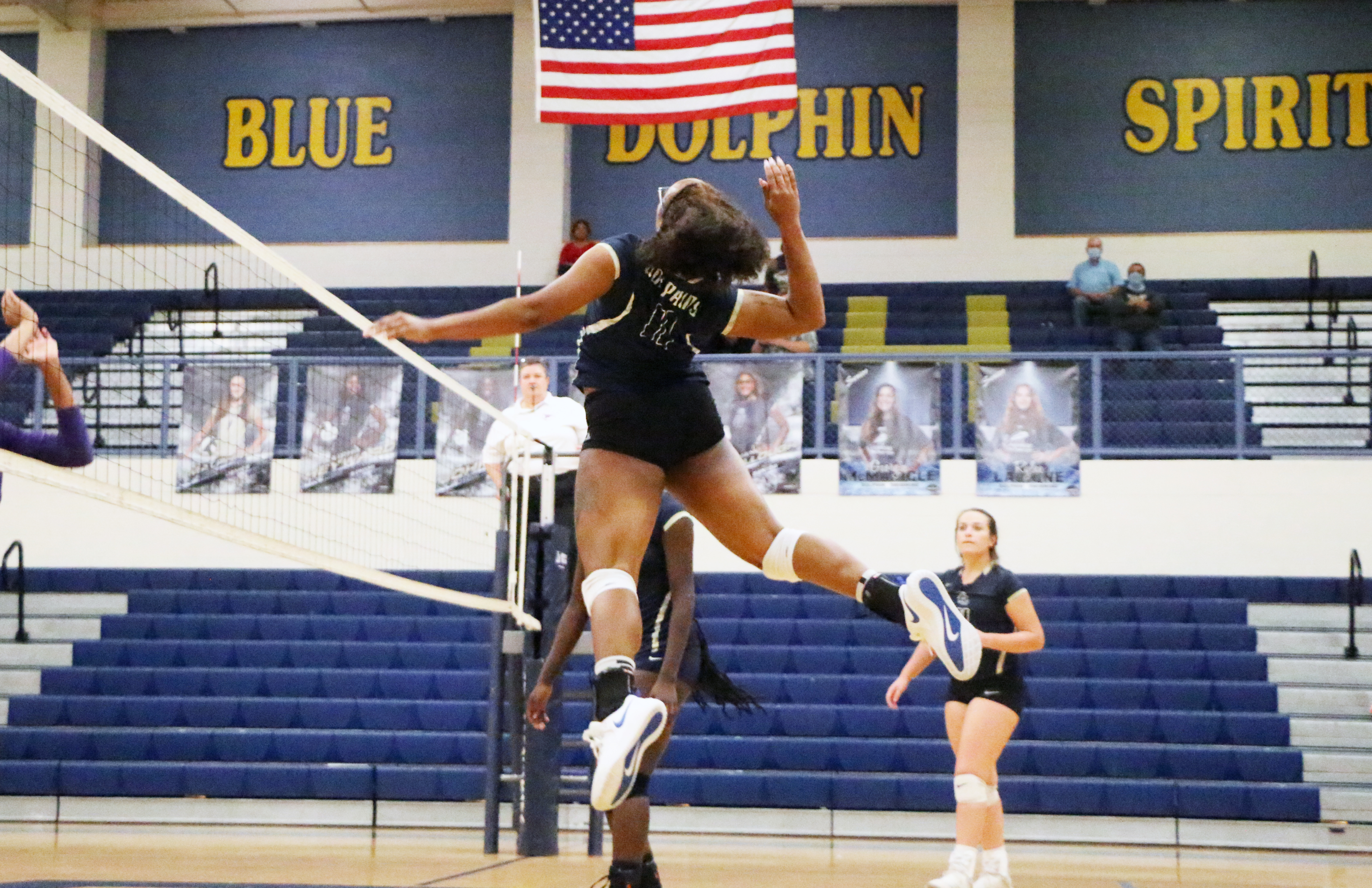 ST. GEORGE – Laiani McCullough notched a double-double with 20 aces and 12 kills while Caroline Malphrus collected a team-high 17 kills as the Battery Creek volleyball team wrapped up its 2020 season Thursday evening by winning a tri-match, taking two of three from Whale Branch(25-15, 25-27, 25-17) and sweeping Woodland (25-18, 25-13).

The Dolphins won six consecutive matches to end their 2020 campaign to finish with a record of 9-6, though this is the first time coach Torri McCullough’s tenure that his team has not made the playoffs. But let’s look at the challenges Battery Creek faced during the 2020 season.

No Spring Practice: In a regular offseason, coach McCullough and the Dolphins would have been able to begin spring practice in March or April and worked their way through a strong offseason. But when the COVID-19 pandemic hit, the spring season was lost.

New Region: Battery Creek might’ve stayed in Region 8-3A, but one of the biggest hurdles this season was having square off with perennial power houses, Bishop England and Oceanside Collegiate. Both who should be competing for a chance to play for a state title. While Creek lost the four matches with the above mentioned teams, the matches were very competitive.

The Dolphins most impressive victories of the season were over Hanahan and Wade Hamption. In the first road match of the year, Battery Creek battled a tough Hawks team coming back from a 2-1 deficit to win their first match of the year. When the Hawks visited the Palace late in September, they took an early lead winning the first set, but Creek never folded and won the next three in an exciting four set victory.

In the match against Wade Hampton, all was going the Dolphins way in the first two sets, winning a thrilling second set 28-26, but the Red Devils battled to tie the match a two before the senior trio of Malphrus, McCullough and Emonee Johnson took over the final set to earn a victory on senior night.

While they might have to wait a year before getting the chance to taste the postseason again, coach McCullough and the Dolphins will hope that the offseason in 2021 will look a lot different from this season’s. A full slate of spring practice and conditioning along with a healthy offseason could be just enough to push Battery Creek into the playoffs in 2021.