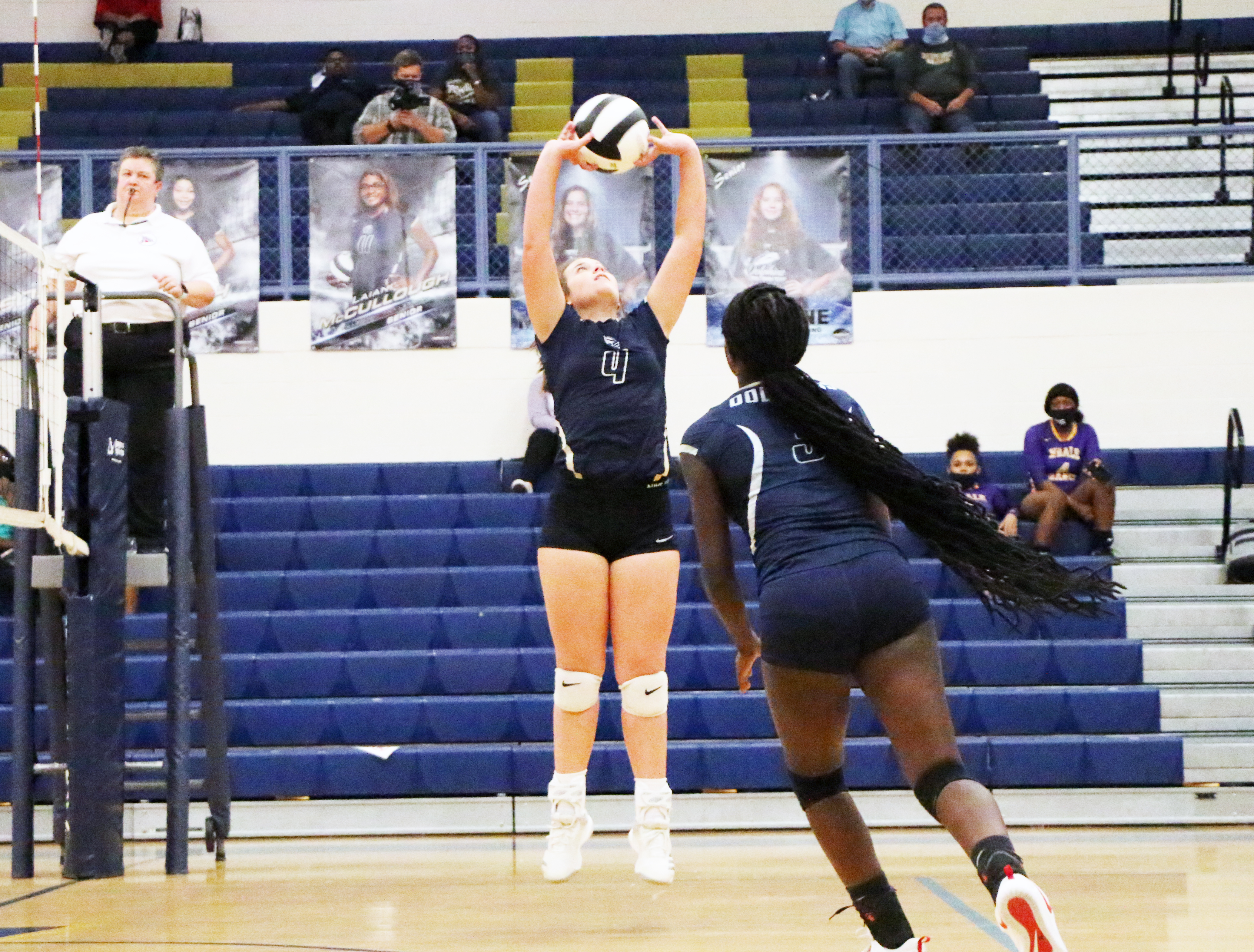 The Dolphins opened play with an 11-1 run. Multiple kills and aces gave Creek a lead as large as 16 before Woodland battled back with a 6-0 run, cutting Battery Creek’s lead to 23-11, but following an attacking error and a McCullough kill, Creek ended set No. 1, 25-11.

Battery Creek could not ride the same momentum from the previous set early on in frame No. 2 as the Wolverines jumped out to a 4-1 lead. The Dolphins regained the lead at the 5-4 mark, but WHS kept closing the gap as the set continued. Creek used a strong attack from its senior trio of Johnson, Malphrus and McCullough to push its lead to seven. After the Wolverines battled back to within two, BCHS used two separate 3-0 runs to win the set 25-17 and the match 2-0.

Both teams battled early on in the frame, exchanging points up to the 10-9 mark where Whale Branch took their first lead. The Warriors extended their lead to five following two attacking errors, a receiving error and a big block. Two powerful swings from McCullough were followed by service errors which kept Whale Branch’s lead at five. Battery Creek took their second timeout at the 19-15 mark. The Dolphins were able to claw their way back and retake the lead at the hands of Kenasia Heyward who picked three aces during a 5-0 run. The Warriors tied that set one more time at 21 but Malphrus served up another ace and McCullough finished off the set with another mighty kill, giving the set to Creek, 25-21.

Multiple service and attacking errors lead both teams to exchange the lead early on. After a bit of confusion following a double touch call, Malphrus quickened the pace from the service line and led a Battery Creek 12-0 run to take a commanding lead. Whale Branch added three more points before Brooke Crosby collected three consecutive aces to give Battery Creek the 25-12 set and match victory.

Battery Creek, Whale Branch and Woodland will square off again on Thursday in another tri-match at Woodland. First serve is scheduled for 6:30 p.m.