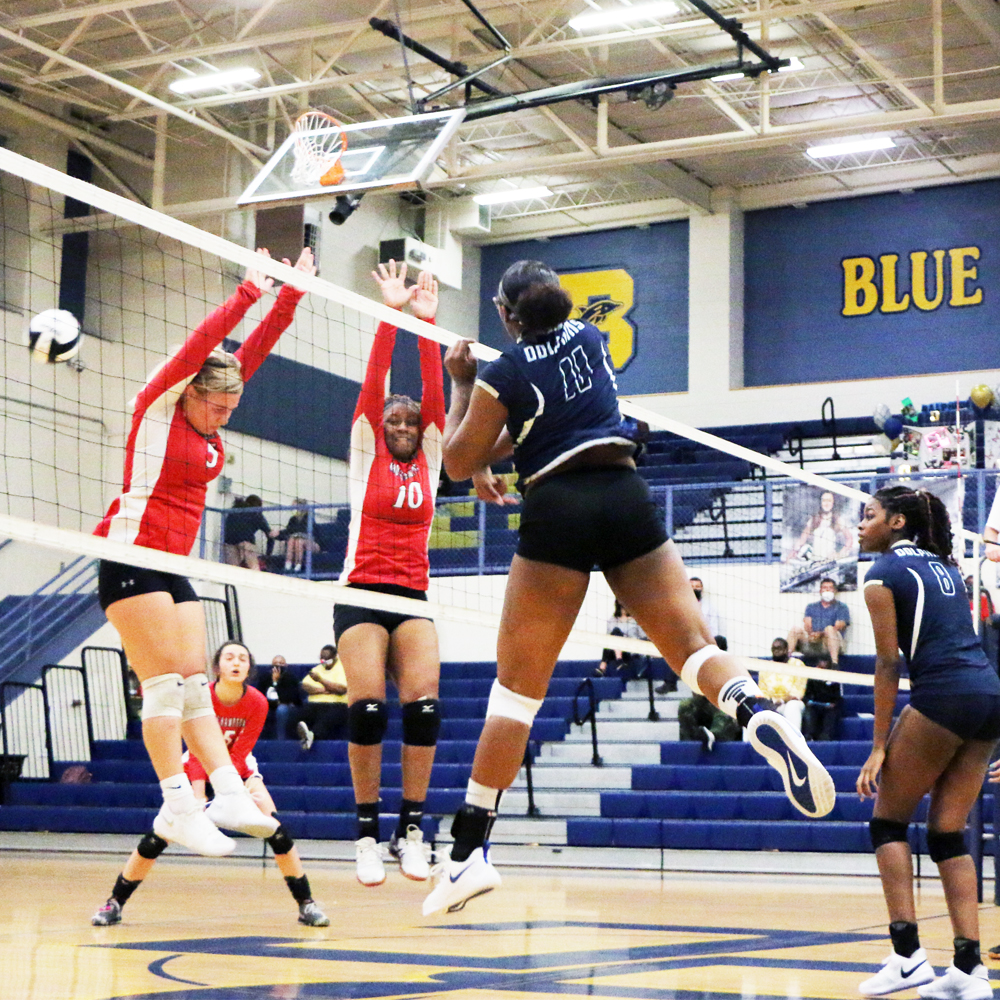 The Dolphins opened the scoring with a combination of aces and kills. Malphrus collected back-to-back kills putting the score at 12-5, forcing the Red Devils to take their first timeout. Creek’s lead was as large as eight before a 5-0 Wade Hampton run. WHS tied the score at 17 but Battery Creek rattled off two separate 3-0 runs to win the set 25-20.

Both teams exchanged points throughout most of frame No. 2 as neither team could gain control. After consecutive attacking errors and receiving errors, the Red Devils finally took control at the 17-13 mark. Following a short comeback that brought the Dolphins back to within two, Wade Hampton regained their four-point advantage with multiple attacking errors. Battery Creek tied the set at 21 and took its first lead on the next point. Emonee Johnson collected back-to-back aces giving BC at two point lead. Malphrus and Myra Smith picked up consecutive kills to end the set in the Dolphins favor, 28-26.

Frame No. 3 began much like the second with both teams exchanging points early on. Wade Hampton took control by going on a 6-0 run forcing a Dolphin timeout. BCHS cut the lead down to two but an attacking error from Crosby gave the set to the Red Devils, 25-22.

Wade Hampton took an early lead in stanza No. 4, increasing their lead to as large as six, forcing a timeout at 19-13. The Dolphins rallied to trim the lead down to three but were unable to make the comeback as WHS took the set 25-19.

The Dolphins came out of the gates firing in the final frame, jumping out to a four point lead at 7-3. Johnson recorded an ace to extend the lead to six. After the Red Devils committed an attacking error, McCullough served up an ace, setting up match point. Wade Hampton was called for a double touch, giving the Dolphins the set 15-10 and the match 3-2.

The Dolphins will host a tri-match against Whale Branch and Woodland on Tuesday, Oct. 20. First serve is scheduled for 6:30 p.m.