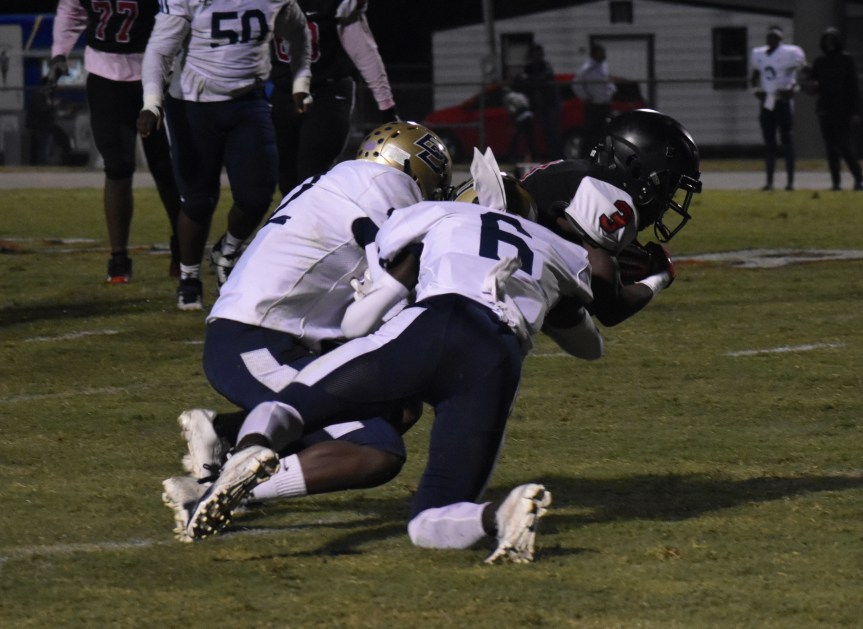 At the tail end of the game, Battery Creek’s Jacove Anderson broke away for an 89-yard touchdown run to lift the Dolphins to a 6-0 win at Ridgeland Hardeeville — their third consecutive victory.

Anderson finished with 153 yards on 16 carries on a night when offense was otherwise at a premium.

The Jaguars blocked three punts but couldn’t convert any of them into points — including one that set them up with first-and-goal at the 3 — and the last one was the unlikely catalyst for Anderson’s game-winning run. It looked as if RHHS would be set up for a winning score of its own after blocking a Dolphins’ punt deep in Creek territory, but the Jags gained possession of the ball before fumbling, and the Dolphins recovered on their own 11 with 1:44 left.

On the next play, Anderson bounced around the right end and sprinted up the Jaguars’ sideline for the night’s only score that wasn’t nullified by a flag.

Battery Creek had an interception return for a touchdown called back, and the Jags had quarterback Antonio Chaneyfield’s long touchdown run wiped out by a late flag.

The Dolphins (3-3, 2-1) wrapped up at least the No. 3 seed in the Class 3A playoffs and will host defending region champion May River next Friday.

Story and Picture by Lowcosports.com